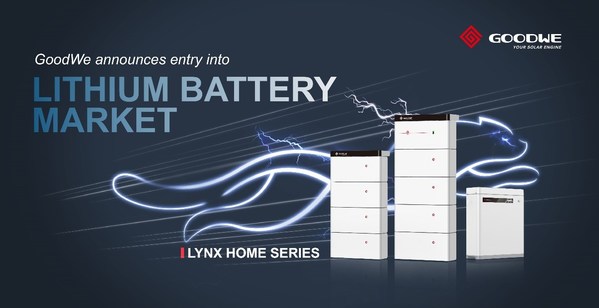 On this occasion, two different kinds of battery will be launched; the high-voltage Lynx Home S Series and the low-voltage Lynx Home U Series. The items add to the growing list of PV accessories offered by GoodWe following its IPO in September. In the last years, GoodWe, already the market leader in storage inverters, has ventured into the battery sector and smart energy applications and expanded its product line to include lithium batteries. This now makes GoodWe a true one-stop solution provider for energy storage.

Lynx Home U Series can identify parallel modules automatically, so no dial setting is required. Also, worth highlighting is the 1hr ultra rapid charge rate of the high-voltage battery Lynx Home S Series.

Since its stock listing in September, the company has announced large investments in new production facilities, R&D centres and Energy Management Applications. The recent entry into the battery segment now makes GoodWe a feared competitor in the solar storage industry, as well as bigger energy projects, with its arsenal of products that now rivals the industry’s biggest names from residential to utility.