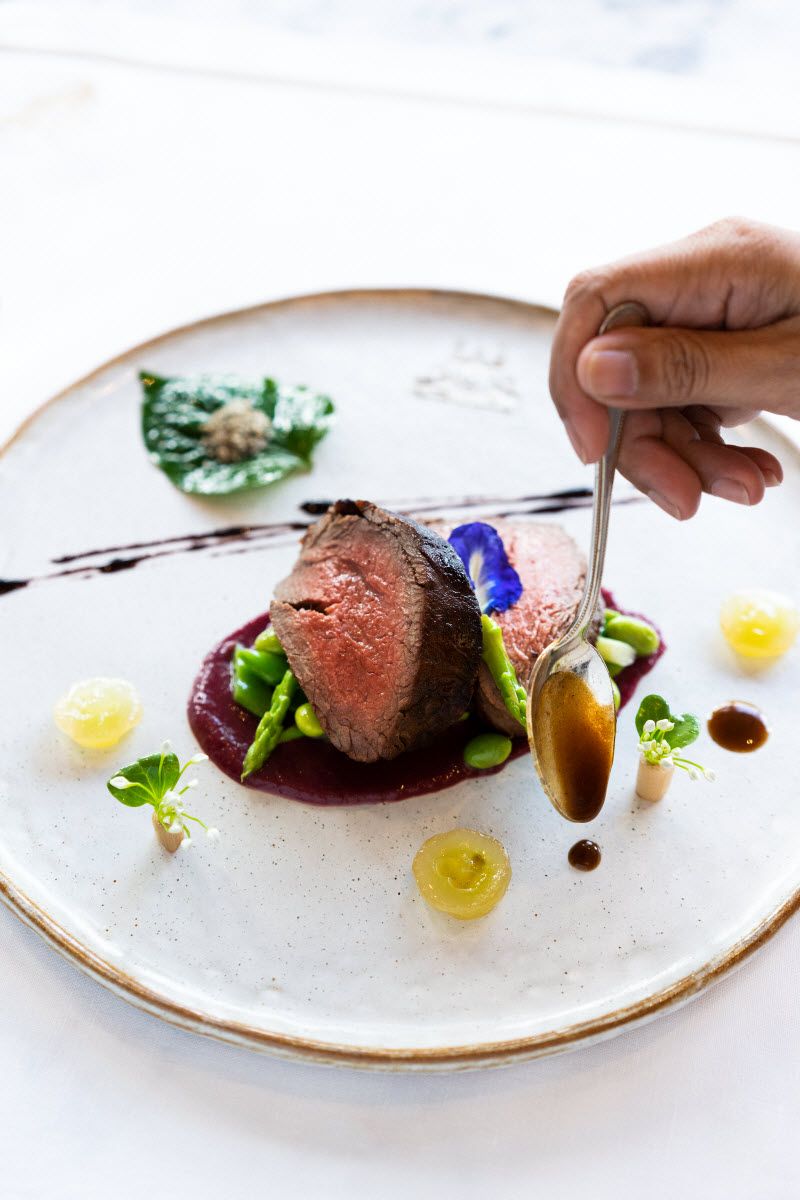 Named after the Grand Hotel d’ Angkor’s year of opening, “1932” launched on November 22 at an invite-only dinner for 50 guests who were treated to a parade of traditional Khmer specialties with a contemporary twist.

Located on the ground floor of the hotel’s Heritage Wing next to the Conservatory and behind the celebrated Elephant Bar, this elegant venue is the successor to the previous Restaurant Le Grand, which had stood since the hotel’s inception. 1932 inherits the honor of being one of only two establishments in the country that is permitted to serve Royal Khmer Cuisine, the other being its sister Raffles Hotel Le Royal in Phnom Penh. These recipes were passed by royal decree to the hotels from the king’s own kitchen.

The Royal Khmer Menu brings together an array of textures and treats to whet the taste buds, such as mango and prawn salad, spicy and sour lobster consommé, grilled lamb chops in ginger sauce, red chicken curry in coconut, and for dessert, pumpkin custard.

Raffles Grand Hotel d’ Angkor’s Executive Chef is Angela Brown. Originally from Brisbane, Australia, she earned her chef stripes in a number of Sofitel kitchens around the world including London and Bangkok. Having lived in Siem Reap for nearly three years, Brown has a deep appreciation for local culinary techniques.

“Khmer cuisine is a combination of refined, simple, delicate flavors,” she said. “The dishes are much subtler than, say, Thai recipes. Khmer flavors pop out, but don’t knock you over.”

Chef Angela said she aims to craft traditional Khmer recipes with a modern approach. “Not fusion, but dishes that can be adapted to a Western palate,” she added.

One of her new signature dishes is the melt-in-your-mouth Beef Cheek, served with a local aromatic herb known as ma-om, and quail egg curry. Other highlights will include the Chateaubriand-style lok lak, a Wagyu beef striploin with grape puree.

A selection of intriguing condiments accompanies each meal, among them the chef’s own creation, duka, a grainy mix of cashew nut, sesame, coriander seed and salt. A local seed called chombok – similar to almond – pervades the rye bread, while la-voch is a Khmer herb and wheat chapati.

Overseen by Ms Socheata, 1932’s wine expert, guests can look forward to wine pairings with every dish, including each of the five courses of a Royal Khmer meal. Raffles, of course, achieved fame as the home of the Singapore Sling, and in keeping with the tradition, a Cambodian version, the Grand Hotel d’Angkor Sling, with a twist of galangal and ginger, is offered as an aperitif.

“The refurbishment of the restaurant has brought it up to date with freshness and light, while retaining the sense of traveling back in time,” said Hotel Manager Vincent Gernigon. “The new look of the restaurant perfectly complements the exciting menus being created by Chef Angela, which add a new dimension to Khmer cuisine.”

Raffles Grand Hotel d’Angkor reopened on October 1, 2019, after a closure of six months for renovations. Designed in the late 1920s by architect Ernest Hébrard in French colonial style, the hotel’s interior combines Khmer art and furnishings with Art Deco influences. Renowned for its wrought-iron and timber elevator, “The Grand” served as an early base for archaeologists, explorers and visitors to the rediscovered kingdom of Angkor. It was taken over in 1997 at the invitation of Cambodia’s HRH King Sihanouk by Fairmont Raffles Hotels International. 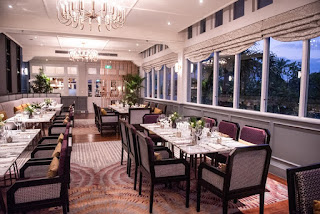 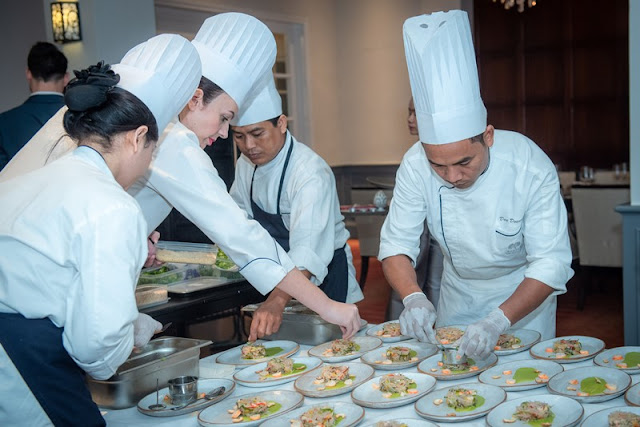